Hello, my name is lamb but some of you might know me as iamblamb. I have played one season each of AGLA and GGL respectively. I used to play for The Kira’s but now we play under the name The Void and I am currently the captain of the team. When we started playing this season (since my team is a Dash team natively), I decided that it would be a good idea to review the film and do a write-up. Later, I decided to name an MVP and reward the lucky player with their very own Pokémon card. At the suggestion of one of the Grifballhub staff, I am starting up a weekly write-up that focuses on specific players, players that make their team really stand head and shoulders above the rest. For right now I am focusing on the Ammy League, so without further ado, welcome to The Weekly Catch ‘Em. 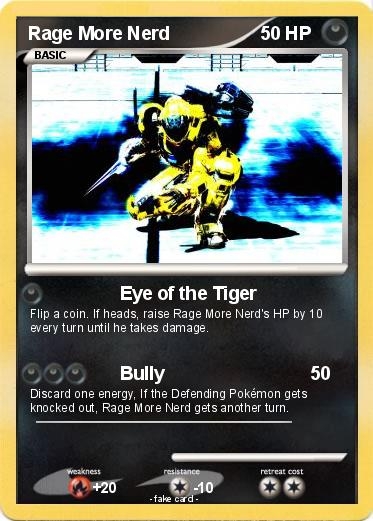 Rage More Nerd
First on our list is Rage More Nerd; he started playing only a season ago for a team named Grifted but is coming through his second season with some of the most impressive stats in Ammy League. Though he has little more than a season under his belt, he is playing up to par with some of the most weathered vets in Ammy. With more goals than entire teams combined and a better K/D than half of his own team, it seems he’s hitting his division with even more enthusiasm than he did the first time around. While most runners are happy to go positive 1 per game, Rage sits at just above a +10 spread on average for all games played. It’s due in part to his 3.294 KDR with the bomb. But that isn’t to say that the bomb is the only weapon he can use effectively. When he’s not running he’s right at home with a hammer and is lingering at just under a 2 KDR with it. Though his stats may be a bit inflated from playing 8 games in a rookie-filled division, don’t let him fool you. His team has downed teams with big enough reputations in the ladder beta, teams like: Hit Squad, Vibrating Ron Di’s, and Dead Panic. Any team that goes into playoffs against Boom Goes the Dynamite better watch out, or Rage might just tear them a new one. 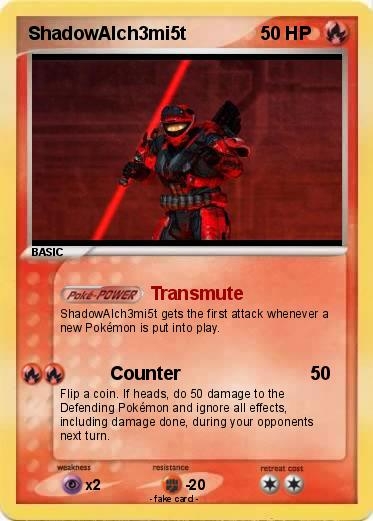 ShadowAlch3mi5t
Rage isn’t the only player to have made the list with only one full season of experience. Joining him in this week’s catch-em is ShadowAlch3mi5t, a tank who is no stranger to the playoffs. In fact he nearly single-handedly carried his team to an elite-eight appearance last season, and helped his team, The Mighty Ducks, pull out a win over the NHALING-less, but still solid, FTS Slicin’ N Dicin’. In the game against the Halo Charts squad, Shadow went decidedly positive with around 135 kills. Though he is good with the hammer, his greatest weapon is probably his versatility. In addition to going positive 48 with the hammer, he has also gone positive 18 with the sword with little to no effort. It may seem odd to see him steamroll entire teams with minimal dancing, but if your team gives him the chance, you can experience the carnage first-hand. It may prove to be to his downfall, as it is unknown whether his ability stems from really good timing or a really mean connection. Even though he is only tanking at the moment, I wouldn’t tempt him with any loose balls. He was running at the beginning of the season and the only reason he isn’t still doing so is because of the new addition of Ezy08 to the team. If not for him, Shadow might still be running, and I sure as hell wouldn’t encourage him to take it back up; unless, of course, you’d like to see him add to his 13 goals for the season. 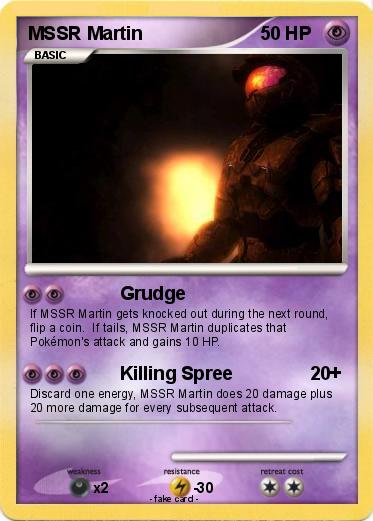 MSSR Martin
Most people that I’ve talked to don’t really know about MSSR Martin or who he is, despite the fact that he’s the most experienced player out of this weeks bunch. He joined the league in 2009 and played for ::Zero Logic:: for about 3 seasons. Allegedly, he got an offer around that time from a Halo 3 pro grifball team with a really solid roster, but from what I’ve heard the offer was declined for unknown reasons. In Spring league of 2010 he played for the first time with ChocolateTigerX. Though he’s been on a different team or MIA for a few seasons since, it seems that he’s back with a vengeance. While he doesn’t really mind going negative in order to help his team win, he hasn’t really been forced to do so this season. While you may be skeptical because he sits at only a positive 14 this season, you would be surprised to know just how consistently he tanks. In only 3 games he has managed to have only 2 betrayals, while steadily adding to his 50 multikills and 4 hammer sprees, making him one of the most aware players in the Ammy league. In addition to his stellar court awareness, he is also one of the better technical players in the game. With push when he needs it and defense for all the other times, he was a solid addition to the Swinging for the Fence roster. With Martin’s solid tanking they will surely make the playoffs and when they do, I know they’ll be gunning for ::Zero Logic::, a team with which Martin has a history. That is to say, if your team is scheduled to play Swinging for the Fence before ::Zero Logic:: does, you had better watch out, because Martin will happily run you and your compadres over for a chance to play a grudge match with his old team.

If you have a category that you’d like to see in The Weekly Catch ‘Em (fewest deaths, most time played, most bombs scored) feel free to pm edwardlamb3 on Grifballhub.com or iamblamb on RoosterTeeth.com with your ideas.

Good luck and see you next week!

happy to see these up on the hub – brings back old memories of playing yu-gi.. i mean pokemon :)

Was a great read and the pokemon cards were a nice touch, thx for including me.

That was realy good! to bad it’s only ammy, I will probably never become a Pokemon. Oh and the link at the end isn’t working.

“Allegedly, he got an offer around that time from a Halo 3 pro grifball team with a really solid roster, but from what I’ve heard the offer was declined for unknown reasons.”

WHA. Unless he got multiple offers I feel like that was the one from me, TnT, and Twizzter. We were going to make him into TRich v2 but he declined like a noob.

Nope Silva wasnt you…although i turned you down as well

Solid article, good job with it. Little bit of inaccuracy on Martin, but I guess that’s my fault for not being clear in the interview. Good job, and looking forward to future articles.